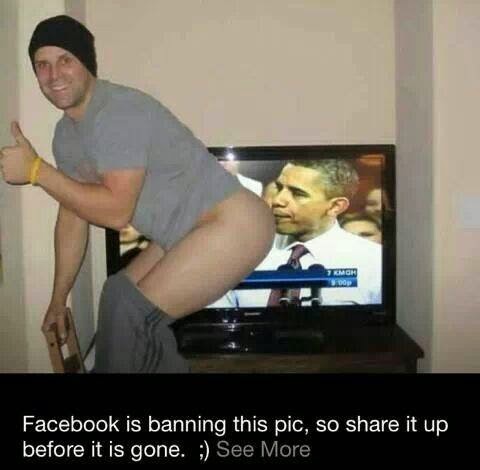 Posted by SmythRadio at 8:11 PM No comments:

Democrats Chuck Schumer, Harry Reid and Nancy Pelosi all Support Obama’s Dictatorship.
Every congressman, regardless of political party or ideology, takes an oath of office that reads (emphasis added):

“I do solemnly swear (or affirm) that I will support and defend the Constitution of the United States against all enemies, foreign and domestic; that I will bear true faith and allegiance to the same; that I take this obligation freely, without any mental reservation or purpose of evasion; and that I will well and faithfully discharge the duties of the office on which I am about to enter: So help me God.”

Granted, the Democrat Party, the party that “booed” God loudly three times at their 2012 convention, probably have a huge problem with the “So help me God” closing, but, nevertheless, they promise to follow the U.S. Constitution.

The beginning body of the U.S. Constitution, Article, I, Section 1, states that “ALL” legislative powers are obtained by the Congress of the United State, not Barack Obama. In one clear, easy to understand sentence, the longest serving Constitution in world history states:

“All legislative powers herein granted shall be vested in a Congress of the United States, which shall consist of a Senate and House of Representatives.”

However, Democrats, so desperate to import more undocumented Democrats, overcome with political greed, are ignoring the Constitution their swore to uphold, calling on their Messiah, Barack Obama, to become America’s first dictator, pushing the Marxist community organizer to issue laws where there are none, change laws where there are existing ones, and to not enforce laws that don’t promote the Democrat Party’s communist agenda.

Congressional Democrats are violating their oath of office and are urging Obama to break existing immigration laws, encouraging him even to make new immigration “laws” if Congress “fails to act.” Obama himself even promised to issue additional royal edicts to skirt the rule of law.

The Hill  reports on comments from leading treasonous Democrats, who are pressuring weak-kneed Speaker of the House, RINO John Boehner, to agree with Obama’s dictates, pass them in the House, or Obama “act alone.”

“We’re deporting too many people; we’re breaking up families; and he ought to do whatever’s in his executive power to change what is a bad policy,” Rep. Jerrold Nadler (D-N.Y.) said Thursday. “It’s the right thing to do.”

Rep. Filemon Vela (D-Texas), a member of the Congressional Hispanic Caucus (CHC) who represents a border district, agreed that the issue demands more urgency from the president.

“He needs to be looking at it now,” Vela said Thursday, predicting no action in the House this year. “We have no Republican bills, whatsoever.”

Democrats are not speaking entirely with one voice on the issue, however. Many party leaders are backing Obama’s delay in the hope that Boehner will launch a last-minute effort to take up immigration legislation this year.

“I’m hopeful,” House Minority Leader Nancy Pelosi (D-Calif.) said Thursday, during a news briefing to mark the anniversary of the Senate passing its immigration reform bill. “I believe that the Speaker is of good faith on this.

“Sen. Charles Schumer (D-N.Y.) agreed, arguing that Democrats “have always said that the deadline for getting a bill done feasibly is July 31.”

Other liberals are running out of patience with that strategy.

Rep. Rubén Hinojosa (D-Texas), the chairman of the CHC, has long been critical of Obama’s delayed action. Last month, he called on the president “to reconsider.” And this week, he said leading Hispanic lawmakers will amplify that message in a coming visit to the White House.

“I told him that we’d give him time, so we should be going to the White House soon,” Hinojosa said Wednesday.

In other words, change the law by our arbitrary deadline, or Dictator Obama will do it for us. It’s treasonous. Separation of powers be damned!
Posted by SmythRadio at 7:56 PM No comments:

Posted by SmythRadio at 7:46 PM No comments:

Brawl breaks out at the welfare office

Posted by SmythRadio at 9:40 PM No comments:

Everything You Need to Know About Iraq, WMD and GWB Vindication

It's year six of the Obama Administration. It seems so long ago that the previous embattled president limped across the finish line having been beaten down for five years over cascading failures that all seem to lead to a common source: No weapons of mass destruction were found during the time we were fighting and occupying Iraq. Eventually Bush and his administration were forced to admit that it appeared as though all of the intelligence was wrong.

It's important to point out a few things to keep the record straight. First of all, nobody in the Bush Administration "LIED" about WMD. This may come as a surprise to brainwashed Democrats and Low Information Voters, but the fact of that matter is that all you need to know is what was believed and the definition of "lie". To lie, one must knowingly make a false statement. Everyone believed Saddam Hussein had WMD. For starters, he not only had WMD, he USED them to kill 5000 men, women and children in 1988. In 1998, Bill Clinton called Iraq "a rogue state with weapons of mass destruction, ready to use them or provide them to terrorists." If you watch the video below, you'll see that calling Bush a liar for selling to the world that Iraq had WMD or was an imminent threat to be a nuclear power would be calling some of the most powerful Democrats of the past decades liars too:
In addition, many of these claims by Democrats were made in the 1990's while George Bush was only a Governor, so the liberal accusations that Bush was the one behind these beliefs is nonsense.

The second point to be made is that the war with Iraq starting in 2003 was an internationally, LEGALLY justifiable war. In fact it was simply a continuation of the Gulf War that began in 1990:


So as you can see, the Iraq War of 2003 was clearly a continuation of the more noble (in the eyes of the UNSC), Gulf War of 1990-91. Not only was it justified, but it should have been done sooner.

And the last point I wanted to make to keep the record straight, is the answer to the question: Why in 2003? Why not sooner? If Saddam was officially in violation of UNSCR 687 as early as August of 1991 (according to UNSCR 707), then why was nothing serious done until 2003? Well besides the fact that corrupt veto holders at the UN made passing a use of force resolution increasingly difficult, I think a better answer to that question is the attitude of the times. The decade in America between the Collapse of the Berlin Wall and Soviet Union and victory in the Gulf War all the way to the .com bubble bursting in 2000 and 9/11/2001 was without question, the most high-spirited, care-free and peaceful time in American history. I lived the prime of my youth and adulthood during the decade from 1990-2000. I also served in the USMC during this time (1994-1998). I know what the political and economic climate was at the time like no other. There was a sense of naivety about the evils of the world that I not only miss, but also feel bad about knowing that nobody in subsequent generations had the blessings of experiencing it. And boy did it come crashing down on September 11, 2001. That day is the day American innocence was lost. We were angry. Some wanted revenge. I remember serious calls for use of nuclear weapons against whoever was responsible. But more importantly, having recently completing 4 years of military under Clinton, I was VERY concerned that our response was going to be to send two cruise missiles to blow up an unoccupied aspirin factory in Afghanistan and call it a day. I really worried that we were just going to take it like a country hoss too big to notice the wasp that stung him.

To my relief, George W. Bush took it seriously. It wasn't going to be a slap on the wrist like President Clinton did so many times before. It was going to be a show of massive force. He made the case to the world that he was going to clean up that part of the world.

We all know that anyone with half a brain knows it was not Saddam Hussein that attacked us on 9/11. But it was obvious to a HUGE majority in America at the time that given the circumstances of 9/11 and our involvement in Afghanistan, we were absolutely NOT about to put up with a Middle Eastern Dictator who has a history of WMD usage, who refused to comply with UN Security Council resolutions - resolutions that were put in place due to a war that HE was responsible for!

Now that you know the WHOLE background story about Iraq, let's fast forward to April of 2005: The CIA's top weapons inspector in Iraq reported that there were NO WMD found in Iraq. It seemed more like a final conclusion. It was certainly a final nail in the coffin of the Bush presidency that would have the most grueling and longest pathetically lame duck session imaginable. Making matters worse, Bush's refusal to defend any of his actions or respond to any criticism during this period was so disheartening to the right, and so motivating to the left that it most assuredly played a major roll in the Democratic Presidential Nominee, Senator Barack Obama defeating Republican challenger, Senator John McCain. In fact, Senator Obama ran on the platform of "pulling out of Iraq":
Unfortunately, tens of thousands of American trained Iraqis have been murdered. US service members feel they have sacrificed their life, limb and sanity in vain. Obama's incompetent decision to pull out of Iraq when and how he did caused a situation where terrorist group ISIS (Islamic State in Iraq and Syria) have nearly completely taken over all of Iraq outside of the inner city of Baghdad (as of the time of this article) This has effectively set the stage where the same type of radicals that killed over 3000 innocent people on American soil will not only lead their own country, but have the kind of funding though oil revenue that they could have only dreamed of if Saddam Hussein himself sponsored all of their activities. Did I mention that President Obama has released the "Dream Team" of terrorist leaders from Guantanamo Bay prison back to the Middle East?

Compounding this threat to America is the fact that Obama has completely opened the southern border with Mexico thanks to his orchestrated invasion. This flood of humanity has no doubt made it much easier for a Middle Eastern terrorist to get lost in the shuffle. But I digress.

On June 20, 2014, reports from multiple independent sources said that ISIS in Iraq found Saddam Hussein's WMD stockpile! So it turns out EVERYONE (not just Bush) was right about Saddam's WMD. The big difference is that Bush was excoriated while he did the right thing morally, legally and strategically regardless of whether Saddam had them or not.
Posted by Kerry Smyth at 11:45 PM No comments:

Posted by SmythRadio at 2:27 PM No comments:

Posted by SmythRadio at 8:14 PM No comments:

Black Bully Gets Owned by White Kid on School Bus

Posted by SmythRadio at 1:36 PM No comments:

Posted by SmythRadio at 1:22 PM No comments:

Judge Jeanine Tonight I'm Worried You Need To Be Afraid!

Posted by SmythRadio at 6:56 AM No comments: